Finding Inspiration at the Neon Boneyard 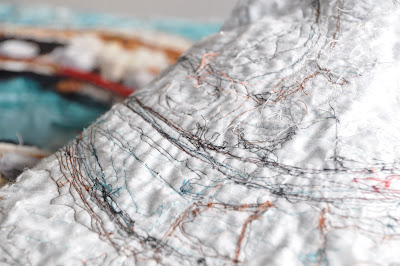 Quilt National will be opening on May 24, 2013 in Athens, Ohio. I really want to share images of my piece that was accepted into this outstanding exhibition, but there are very strict guidelines that prevent me from doing so before the show officially opens. I will definitely post images here when I can. In the meantime, I thought I would share some fun facts leading up to the big reveal. Sound good?

This was my first year entering Quilt National. As soon as I made up my mind that I was entering, I knew that I needed to find just the right sign to inspire me. I searched through my photo archives of old neon signs, but nothing seemed quite right. So, I decided to take a trip to the Neon Boneyard in Las Vegas to get some new inspiration.

The Neon Boneyard is amazing. It houses a collection of more than 150 signs from the Las Vegas strip dating back to the 1930s. It is one of the largest collections of neon signs in the world. Many of the pieces are iconic signs from hotels that defined an era--the Stardust, the Moulin Rouge, the Flamingo and the Golden Nugget. There are also tons of vintage signs from restaurants and businesses that are long gone. It is a pretty spectacular mix of neon and bulb signs.

The majority of the collection is stored in what can only be described as a dirt lot that covers roughly two acres. The lot is surrounded by a high chain link fence. The signs are often just leaning against one another in small displays and collections of disparate letters. There is a lot of broken glass and rusted metal, which only adds to the appeal for me, but does require a bit of caution when maneuvering around the aisles. When I went in June 2012 things were still under construction for a new visitors center, so I arranged for a private fine art photo shoot. The benefit of a private shoot is that I had the place all to myself plus I have a release to use the images of the signs in my own artwork. As an artist, I think it is imperative to honor and respect the copyright laws for creating derivative works. 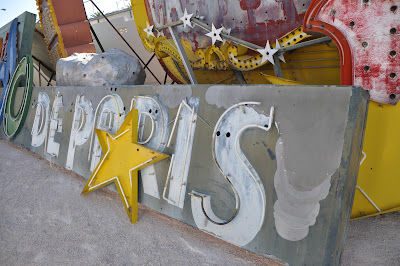 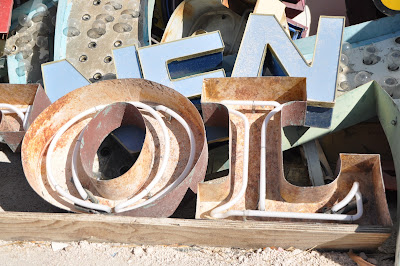 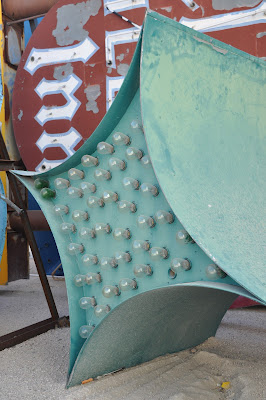 To say that I found inspiration there is an understatement. I only shot for an hour, but I came home with more than 1,200 pictures. I have posted some of them here on my blog from time to time, but I imagine that many future works will be created from the signs discovered on this adventure. If you are in the area, I highly recommend arranging a guided tour. The Neon Boneyard is part of the Neon Museum, which also encompasses the visitors center and various signs that have been restored and installed around the city. I applaud and support their efforts to preserve and exhibit these important visual and cultural icons of Las Vegas. 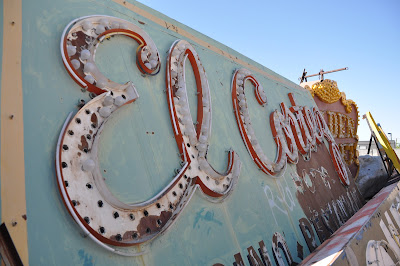 My Quilt National entry was created from a photo I took of an old El Cortez Hotel and Casino sign. I literally took dozens of photos of this sign and one of the other photos was the final inspiration. The hotel was built in the 1940s and is still standing. Some of the signage, however, has been replaced which is how this sign ended up in the Boneyard. The paint has faded away and there are areas of rusted metal, graffiti, scratches and gouges that create a wonderful patina. I love the looping script and the combination of bulbs and neon tubes in this vintage sign. I hope you enjoy seeing the finished product in a couple of weeks.
Posted by Lisa Kijak at 7:00 AM

I love these photos. I'm not crazy about Las Vegas, but this would be worth seeing. I'm looking forward to seeing your work at QN.

What a treasure. And how wonderful to know that these works are being honored by a museum and a boneyard..looking forward to your QN piece. The anticipation builds!

Lisa- your work takes my breath away.

Looking for the Ultimate Dating Site? Create an account and find your perfect date. 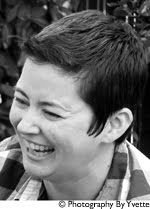 © 2009-2016 Lisa Kijak. All rights reserved. Unless noted, all artwork, photos and text are copyrighted by the artist. Images may not be reproduced, manipulated or used in any way without Lisa's written permission.

Do you have a comment, a question or want to say hello? Send Lisa an email.

The Ultimate Guide
to Art Quilting